Mark Cuban is Becoming a Leader for Cryptocurrency in Professional Sports

“And for those reasons…I’m out.”

But when it comes to cryptocurrency and blockchain technology, Cuban is definitely ‘in’.

Over the last few years, Cuban has made subtle, but significant moves when it comes to intertwining sports and crypto. It is a 180-degree shift for Cuban, who was publically skeptical of bitcoin – and cryptocurrencies as a whole.

In June of 2017, Cuban tweeted his opinion on Bitcoin calling it a bubble. However, he didn’t completely diss crypto as he applauded there was an inherent value in blockchain technology digital currency is based on.

Later that year, in an interview with Bloomberg, Cuban clarified his stance on Bitcoin, describing it more as a commodity or asset, rather than a currency:

“It’s interesting because I think there’s a lot of assets, and their value is based off supply and demand. With most stocks, there’s no intrinsic value because you have no true ownership rights, no voting rights. You just have the ability to buy and sell those stocks. They’re like baseball cards.

“I think Bitcoin is the same thing,” Cuban added. “Its value is a function of supply and demand…it doesn’t really do anything else. I have bought some. I bought it through an ETN based on a Swedish exchange because that gave me liquidity.

I’m also involved with ICOs, token sales. Because I think blockchain is a great platform for future technology, future applications. Just like the net and streaming created multiple great companies, I think blockchain will as well.”

One of the token sales Cuban participated in was Unkoin Gold, a cryptocurrency designed to used for betting in esports and other events. When it comes to gambling in sports, Cuban is quite bullish.

“It doubled the value of the professional sports franchises in a second,” Cuban told ESPN when the Supreme Court overturned the Professional and Amateur Sports Protection Act (PASPA) in 2018. “It will increase interest, it will add to what happens in our arena and in stadiums. It will increase the viewership for our biggest customers online and on TV. It helps traditional television because it’s much lower latency, whereas online, because of cachet, it’s much higher latency.”

If you pay close attention to Shark Tank episodes, you’ll find that many companies Cuban invests in usually have a way to add value to his team the Dallas Mavericks.

Following his investment in the 2017 Unikoin ICO, the Mavs leaped crypto by bringing on Lympo as an official sponsor. Lympo’s token is rewarded to users who track their workout progress through the Lympo app. Essentially, you are being paid to workout…how about that for motivation?

On the Maverick’s game jerseys, you’ll find the company 5Miles, a blockchain-powered e-commerce platform that was founded in the Dallas area.

We’re lucky to partner with a locally-based company that is innovative and growing exponentially,” Cuban said in 2018. “We’re excited, too, that the Mavs brand now can accept payment for single and season tickets with 5miles’ blockchain technology-based CyberMiles Tokens (CMT).”

It’s fascinating to see Cuban’s progression when it comes to his stance on blockchain and cryptocurrency since his skeptical tweets in 2017. It’s been proven that celebrity and athlete endorsements of cryptocurrency are speeding up the pace of mass adoption.

Cuban’s turnaround, when it comes to adopting crypto should be a beacon to other high-profile entrepreneurs. Especially those in professional sports.

“And for those reasons…I’m in” 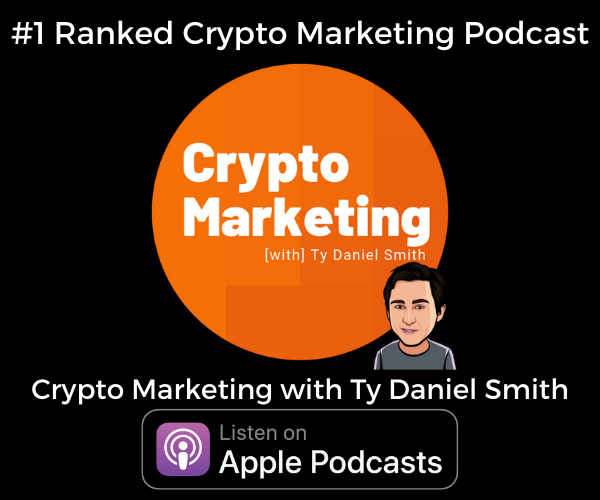 How to Buy Bitcoin At Walmart

Importance of Marketing in a Bear Market

10+ Top Crypto LinkedIn Influencers You Should Be Following

How to Start a Cryptocurrency Podcast (Everything You Need to Know)